This structures project was the term project for the final structures course taken as an undergraduate. The project involved the designing of structural members for the studio design project of the same semester. The studio project was the design of a middle school in North Carolina and was an entry into the 2008 PCI architectural design competition. A portion of one of the classroom wings was chosen to focus on the design of its structural members. The structural members of the project designed for were 4 different precast wall panel types and 4 different precast hollow core slab roof components.  A requirement of the competition was that the structural system of the facility be entirely of precast concrete.

The project began with generating a structural grid for the entire facility before focusing on a framing plan for a smaller portion of the building. The loading patterns on both the roof and first floor were analyzed to determine the factored loads to be used for the design of the structural elements. The LRFD method was used for all structural calculations. The precast walls were designed to be set directly on the footings, eliminating the need for foundation walls. As per the architectural design, they were 17’-2" in height and 6’-6" in width to create a consistent, repeating wall type. Hollow core slabs served as the roof elements. They connect to the precast walls by resting on haunches built-in to the walls. 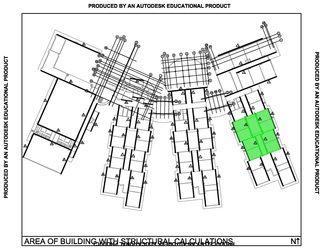 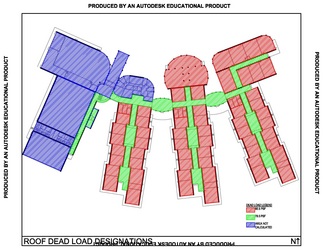 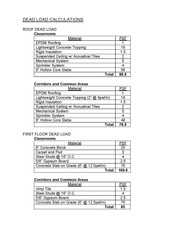 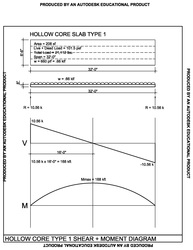 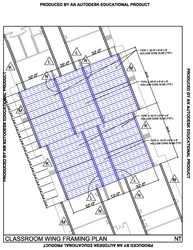 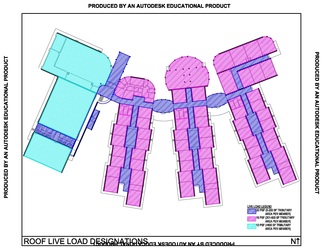 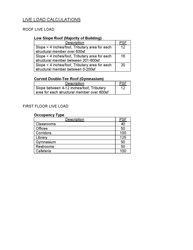 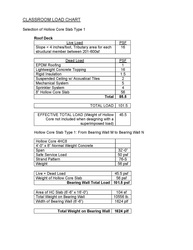 The only requirements of the project were the selection of steel as vertical and horizontal structural elements and the given size of the structural grid (30’-0" x 30’-0" bays). It was determined that the roof would consist of a covering, metal deck, and steel joists. The metal deck would also serve as lateral bracing for the roof. The second and third floors would be composed of lightweight concrete on a metal deck, with the ground floor being a poured concrete slab on grade. The concrete was assumed to be 4ksi normal weight concrete. The exterior façade of the building would be brick with a CMU back-up. Loading conditions were determined based upon the selected construction type. The LRFD method was used for all structural calculations. 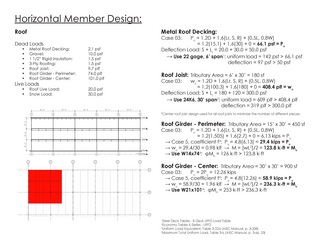 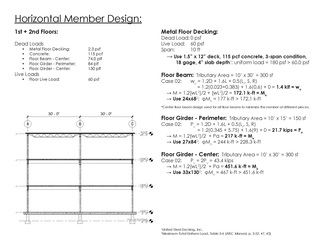 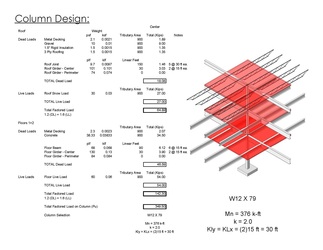 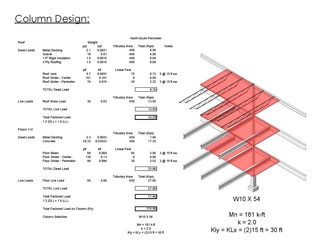 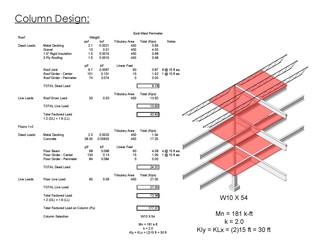 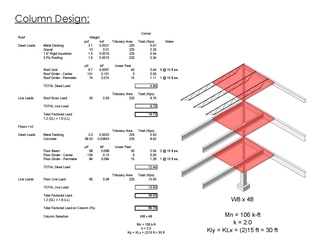 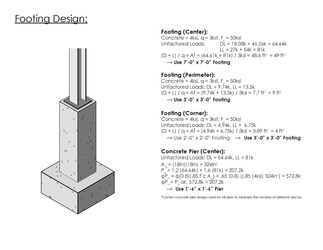 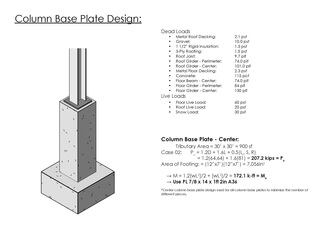 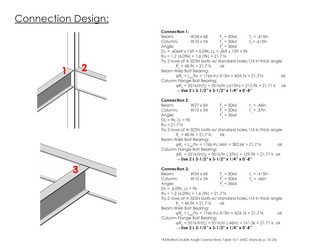